There is a hot debate over the years whether hydroponics is considered as organic or not, especially during the period when plant factories are gradually becoming the next potential alternative to produce food for feeding the ever-increasing world population.

Organic produce has grown into a profitable industry and its popularity is largely driven by two beliefs: that organic food is healthier and that it is grown without pesticides. The former is not necessarily true. As a globally recognized body, the United States Department of Agriculture (USDA) organic certification refers to growing methods, not nutritional value. However, the growing methods remain the source of some confusion.

One survey found that 95% of consumers believe organic produce is grown completely without pesticides. That is definitely not true: large-scale organic farms make liberal use of pesticides provided that the pesticides themselves have to be organic.

The USDA maintains a list of synthetic substances like ethanol and chlorine dioxide allowed for the use in organic crop production, with a condition that the use of such substances do not contribute to contamination of crops, soil or water.

The beauty of growing plants in a plant factory is the indoor sealed environment where every factor crucial for plant growth is under controlled. This includes pests, fungi and diseases. Soil holds nutrients and is basically alive. It is hard to completely flush and start fresh with soil but it is easier to perform with hydroponic systems.

Since plants are grown in an indoor clean environment without soil, there is basically no risks of pest attacks – no nematodes, caterpillars, snails and other pests that are normally seen in conventional farms. Therefore, no pesticides (organic or chemical) usage is necessary in plant factory adopting hydroponics system.

The myth that organic produce is healthier in terms of nutritional value has to be dispelled as it is not true. To find out the truth, scientists have performed studies to compare the nutritional content of lettuces and strawberries grown hydroponically and soil-grown.

The findings indicated that the tocopherol and ascorbic acid content were higher in hydroponically grown lettuces. The study of nutritional content of strawberries showed that the “healthy” anti-oxidant compounds such as Vitamin C, tocopherol and total polyphenolic compounds were significantly higher in hydroponically grown strawberries compared to the soil-grown.

Meanwhile, another group of scientists studied compositions of four cultivars of hydroponically-grown and soil-grown soybean seeds and their derivate ­– soy milk and okara (the soybean residue from soy milk production). The researchers finally concluded that hydroponic cultivation improved the nutritional quality of soybean seeds with regard to fats and dietary fibre.

One of the biggest questions currently on the table concerning hydroponics is the possibility of growing vitamin-enriched food. Because of the controlled environment in plant factories, enhancements are possible that would not be feasible with traditional agriculture.

With hydroponics system in plant factories, growers can provide both, low or high nitrate vegetables. Some people desire to have a very low nitrate level in leafy vegetables, in this case, plant factories can help provide this type of vegetables for them.

In fact, a small farm in Virginia called Endless Summer had already produced a “Super Lettuce” that contains the average person's daily requirements of calcium and potassium. The lettuce grown hydroponically in a controlled environment is available locally in the Washington D.C. and Virginia areas.

Consider this before giving your answer: Plants grown hydroponically comply to some of the standards such as cycle resources (as in the use of nutrient solution), promote ecological balance (without using pesticides that kill pests subsequently disrupt the ecological balance) and conserve biodiversity (zero usage of pesticides and fertilisers that can possibly contaminate the soil and groundwater). They are deemed to be organic produce by some people, despite growing without soil.

Will the answer remain to be a “No” in the future for organic regulatory bodies? What do you think? 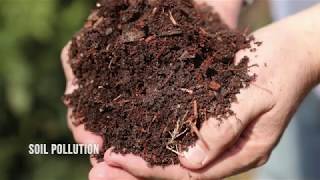